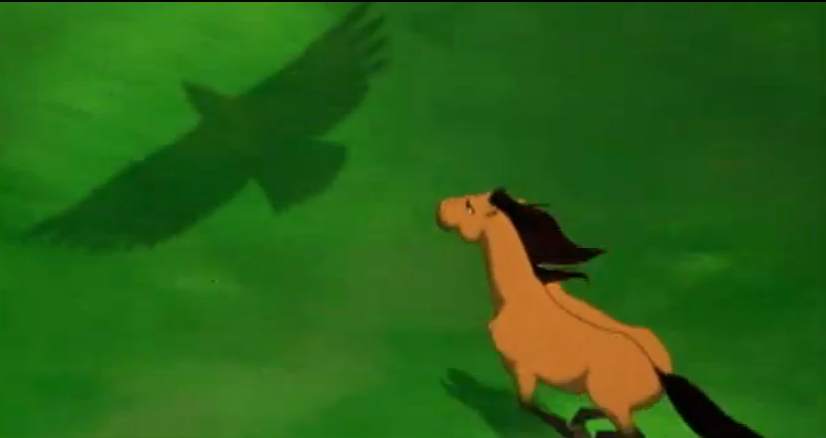 A roomie likes Guns ‘n Roses REALLY LOUD… to use for voice practice. I haven’t been able to determine if or when it’s going to start or how long it will last. I lost the headphones I was using to block the offensive suggestions and to listen to my music, so as not to disturb the residents. I have a strict rule about music with “separated” lyrics. I simply don’t listen to it, if I have a choice. I have been tolerant, but the other day I snapped! I turned the tables as gently as I knew how, but a crafty angel prodded me from behind challenging me to make the point even stronger than Guns ‘n Roses had. This was not so easy, since the music was on full blast, and two beautiful girls were admiring my friend while he was performing for them. I raised my voice. Then, I was further encouraged by my suitor, and so I gave him both barrels.

The ego is quick to judge, listening only to what it can use for attack purposes, conveniently refusing to allow it’s captive to hear the words spoken, regardless of what they are, wise or not, and thus, the host goes into judgment too quickly to obtain the lessons being taught. Unconsciously, the host to the ego brings on the uncomfortable situations then judges them harshly in an attempt to further support illusions of superiority (or other variations of separation).

Indeed, there is a sick satisfaction (elation of triumph) when it (the host to the ego) believes it succeeds at causing their prey to show the weakness in apparent anger. It is a power-play game. I don’t care what people think of me. It’s none of my business. The lesson is all that matters. I am determined to use this experience as a teaching opportunity in as loving, accurate and honest way possible.

Considering what is spoken, there are absolute truths and then those that are relevant to our point of view.

Each person must decide for themselves whether to listen to a lie (worldly teaching) or the truth (teaching of God).

The same comparison can be made to a choice to work through illusions by finding out that the reality that they were accorded did not have a foundation in truth, and thus, was based on assumptions that turned out to be wrong. I don’t know how yet, but I trust we can train our subconscious to not listen to lies.

In the meantime, you would be well-advised to analyze the lyrics of each song you are exposed to.

Examples of absolute truth are:

Examples of worldly evidence suggesting truth through perceptions of illusions: (a lie)

Each one of these ideas opposes the absolute Truth

Notice how illusions seem to destroy the Truth in the pure and innocent mind of God’s Holy Child.

Perhaps you might think it strict, but I am an absolutist by choice.

Consider the logic that subtle lies are more likely to enter an untrained mind un-noticed. The more they are vehemently defended, the more likely the lies were believed.

There was a period where I was recovering from the relationship with a woman I befriended.  She was very lovely, and I fell into the common trap of believing myself special because of her, and certainly, I did my best to make her feel special also.  At the time, I had no idea how such an act is a subtle form of attack. If you’re not clear on this idea, then I invite you to discuss it with me.

After our engagement of 1 1/4 years, during which time I paid some rather expensive medical bills, I worked two jobs, moved to Florida (she didn’t want to live where it was cold). Just as she was recovering, I sent her an extra amount, against my better judgment, so she could enjoy a final vacation with her friends. Just after the vacation, she broke the bad news to me that she wanted to split up, since she hadn’t been with me for so long that she lost the love she had. My strong power of intuition had determined that the message was going to come. I probably received the psychic message just as she had made her decision.

After she announced her choice to split, while we had been maintaining a long-distance relationship, and I maintained my chastity, and willingness to continue with the illusion of love, I was devastated.  My wish to feel some physical pain to distract me from the emotion was answered.

Excellent investigative work turned up that she did choose to move to the USA, but instead to be with a man who was already shown to be a distraction to the forward movement of a major project that I was working on. Coincidentally, I introduced the two of them on the day we were engaged to be married.  At the time, I knew good and well that this man had emotional issues, because his efforts to destroy the foundation of certain important relationships was quite apparent.

One of our favorites was the soundtrack to “Spirit” by Bryan Adams, who did the music for a movie we watched together.

I had been on a strict diet of Mozart, exploring the depth of spirit through this enlightened music during my daily walking meditations.  I recall walking into the grocery store on several occasions, and upon hearing a popular “love” song, allowing my mind to fantasize while my heart swam in the milky sweetness of earthly love, only to leave me crying and debilitated, unable to function. On more than one occasion, I had to leave the store, giving up or forgetting what I was shopping for, just to escape the music.

I am a lover of life, and no longer wish to attack myself (or others) in any way.  I choose to see all things as part of the “Lila” or cosmic dance.  Further, I don’t want to interfere with the natural progression of things, and so I practice allowing others to follow the path they choose, and when possible, offer them a miracle of love.

A life of attack, and resentment had to stop, and it was just the pain of the separation that gave me the tools to transform.  Now I am so grateful to others for following their divine guidance that my gratitude is immeasurable.  I am so happy that I will not be her slave, nor her the object of my expectation for pleasure and importance.

My lover enjoyed popular liars, particularly the band, Guns ‘n Roses.  To understand why I use the word “liar”, simply return to the first section of this document.  Everything is either one or the other, true or false, love or fear, joining or separating.  If you saw the special relationship as separation and an attack against yourself, would you still want it?

I took 5 years listening only to classical music, and refusing to listen to any music with lyrics. The Mozart helped me maintain my peace of mind, and I was able to fulfill my computer work, and other work which involves healing work.

If you are experiencing a breakup, and your heart is sensitive, your response to certain things that are lies, such as “I need ____ “, might help you “work through” the pain of the separation, however, if they leave you still wanting, and not satisfied, then you might consider using Truth.  This is where God has a distinct advantage.  Be grateful that you could never be satisfied with smallness and separation.  You must remember your inheritance in order to be happy.  This includes both experiencing your grandeur and freely uniting with everyone who Spirit sends to you for healing.

To say something is popular, is also to say that a world, still believing in specialness, has reached some agreement on it as being good.  How could it be that lyrics of extremely famous (read: special) artists are spoken ideas that appear to be based on lies. The only answer is that the world is in need of healing.

When a spiritual law is defied, it seems like a triumph to the ego.  The world revels with ideas of death for this reason.  It is a triumph of ego at the expense of God, who is murdered in the process.

The ego’s specialness is the great separator, which seeks to increase illusions and use them to separate brothers, and attack the sanctity of the Sonship, forever One.

It stands to reason that a lie that is believed will impede spiritual awakening.

It may be true that all things lead to the truth, however, it is also accurate that many serious seekers of truth don’t listen to lies that represent areas in their psyche that they are correcting through truth.  In the early stages, perhaps this is due to weakness.  Later, I suppose it’s simply a matter of choice.

I encourage you to watch the words you allow into your subconscious. If you train your mind for separation, consciously or not, then you should expect to be inclined to separate. If you are unaware of the havoc it causes in your inner landscape and that of others in proximity of music played through speakers in public places.

Consider the heart of your brother. Play for him more music that is gentle and non-invasive. Consider that he’s working regularly to arrange his inner landscape. Don’t be surprised when he attacks imaginary demons wakened by your music. If he is like me, he takes opportunities to teach, and he’s got big reasons to teach.

Finally, I leave you with a fact, which is: I don’t know what anything is for.

Perhaps you will continue to listen to “separated” lyrics in popular songs (like November Rain)
But then, perhaps you’ll consider listening to something more enlightened instead.