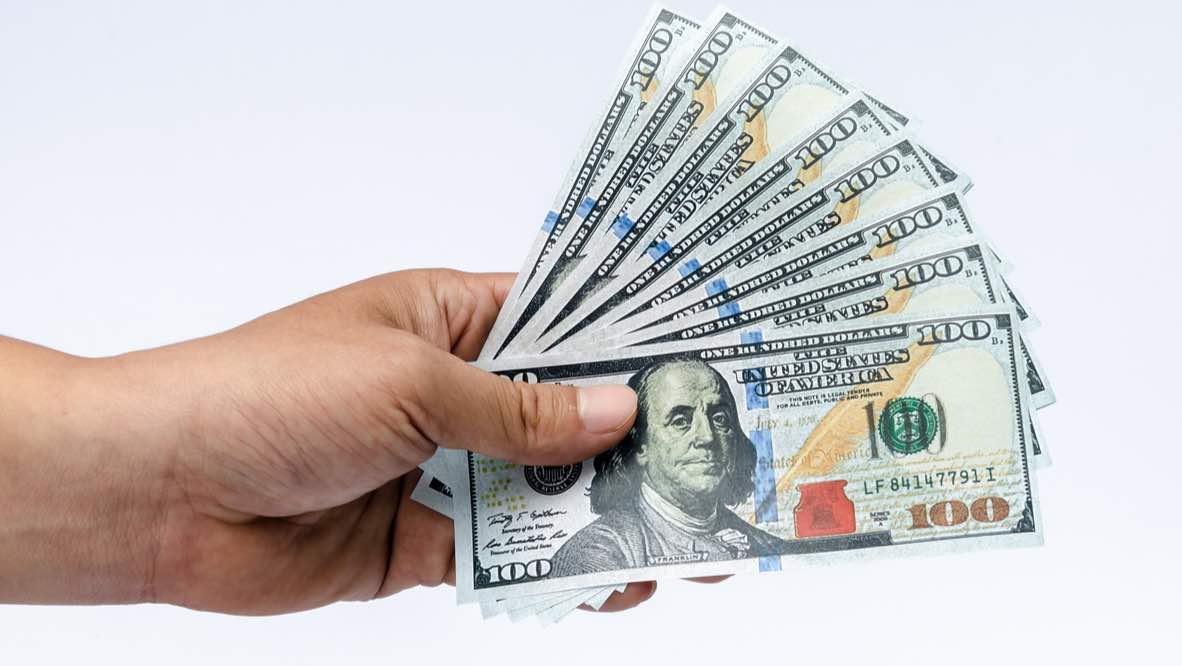 Are you grateful for what you have? Or do you feel consistently needy, like if you just had a bit more money — or a LOT more — you could finally rest easy?

No one can really understand money without going beyond the ego, since money is an ego device. One must be willing to know what is entailed when an eternal being, forever free of guilt and needing nothing, identifies with a body. A strange and un-natural condition causes one to feel a victim to the world they see, and defense becomes the basic state of mind. The mind goes from defense to attack and back again which becomes a way of life for those who hope to just survive let alone conquer the world.

Ego is the self you made, to ensure your survival, with your success measured by how much you have of what you believe you lack whether it be money, friends, influence, strength, beauty, etc. Note how all these fruits of the ego are the things the world agrees will make you happy.

The stronger your ego at achieving its goals, the more you let go of what is real and feed ego’s craving for safety, comfort, pleasure and specialness. You can’t see what you’re doing until you realize that the world is your projection.

You need money because you don’t trust God to provide what you need. Instead, you trust the ego to provide. The less you trust God, the harder you will try to get money, since you will grant to your allegiance to what you have chosen for your deliverance.

A vicious cycle typically unfolds for those who are working to achieve the ego’s goals.  The more money you have the more insecure you become to defend the little bit you have, while the ego hopes to finally to succeed at killing God, which if fears, unless it can get strong enough.  So it strives. The world will enthusiastically support this belief. That’s why they call it “worldly” striving.

With your little self-made self, you fantasize about living forever somehow, which resists God, who calls each you home, and to stop playing silly childish games.

Nothing feels as good to a humanitarian as giving to those in need whether it be health, money, food, shelter, clothing, a telephone or a car … to someone in need it is all the same.  This person has seen how helping another is the equivalent to helping oneself.

To master money is to master attacking God. If you don’t give money freely, then you don’t understand what money is best used for, which requires meditation.

Let’s change up this story.  Consider that you’ve learned the truth that it is the same to give as to receive.  Ideally, you’ll see that the money that comes to you without your trying will be exactly what you require in order to live a life full of joyful abundance.  But moreover, you’ll finally be free of the tyranny of a demanding ego that is constantly worried about its little crumbs it feeds on to survive.

If I told you how the Holy Spirit knows what you need, and won’t deny you one thing (illusion to Him) that can be used to fulfill your mission in the world, then maybe you’d see money like just another form of abundance.

Which of these would you like most? This is where you imagine yourself lacking, which is not a feature of holiness. Only abundance is holy. To know your holiness is to know your abundance. It permits you to trust. This is another way to live, and those who focus too much on the lack of one suffers the result of failure to focus on the others.

In other words, if you’re too busy making money, then you will sacrifice your health, friends and freedom, though you will rest easy (briefly) when it comes time to pay the rent.

At the next level, truth enters the mind, and the gifts of God are remembered.  These are things like joy, patience, faith, generosity, and tolerance which are based in trust. The memory that you are connected to all beings (Christ consciousness) involves receiving your brother (all of life), and knowing it as a part of yourself.

How would you hope to do this? Overcoming all that you’ve been taught by the fearful ones can’t be undone easily, and without some practice and devotion. This is why you need a spiritual practice. Without remembering the truth, you will put off the Holy Spirit’s work, which waits for you, while you struggle to collect illusions.

I will admit, as the author of this piece, that it is in some way a reminder to myself, as I also have the ego and have signed up for the world’s version of success. It’s true, however much, that I have been working consistently at meditation and prayer, and have exposed the reasons for trusting spirit.

Certainly, this would be the reason for my writing this little piece about money and spirit. The two are at odds, since one is the source and the reason for the other, and yet, this is rarely understood. In most cases, where money is involved, it is seen as the sole reason, but an insidious and selfish creature known as ego lurks just behind the face of innocence, in order to insure its “success”.

We could never hope to go beyond the ego if truth were not entirely compelling to those who have already investigated ego sufficiently, and had a context with which to remember when they were whole, at a time maybe not so far in the past, yet in a timeless place that cannot be described in the world of form. This place I refer to as the “formlessness”, from which we came and will return, our natural state. In this state, all worldly goals have but one value, which is to teach love inasmuch as it is all-too-oft used for the opposite, to prove the world real and attack it by trying to change it.

When we realize our vast evolutionary potential, then we will advance into superhuman functioning, not at the conscious but the superconscious level.
2 September 2019, day 11 of Moon 2, Lunar Moon (23 Aug - 19 Sept)